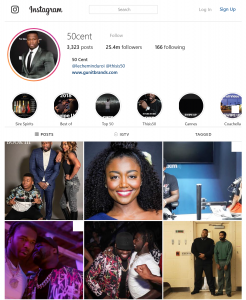 The advent of social media came in the second wave of the web and technology explosion. Web 2.0 brought about Facebook (FB) in 2004. Myspace predated Facebook (FB) and was founded in 2003. It was purchased by Rupert Murdoch News Corp (NWSA) for $580 million in 2005. In 2006, Google (GOOGL) signed a deal worth $900 million to sell ads on Myspace.

Culture again dictates commerce and while it will be worth over $12 billion at its peak with 300 million users a year later in 2007, it will die a slow death. 5 years later, it would be sold for $35 million. The site had become culturally irrelevant. It missed out on its first movers’ advantage.

Mark Zuckerberg would launch Facebook (FB) along with friends, namely Eduardo Saverin, Andrew McCollum, Dustin Moskovitz and Chris Hughes in a dorm room at Harvard University. Peter Thiel would become the first outside investor with a $500,000 investment in 2004. A personal disclosure, my son, Wole Idowu, was a Thiel Foundation 20 under 20 finalists in 2012.
Jim Swartz, through Accel Partners, would also lead a series A investment of $12.7 million in 2005 and obtain 11% of Facebook (FB) for $12.7 million. Till 2010, Accel was the largest Venture shareholder in Facebook (FB). Accel remained on the board of directors of Facebook (FB) through the IPO in 2012. Another personal disclosure, I’m CEO at a tech startup at the Swartz Center of Entrepreneurship at Carnegie Mellon University, Toyz Electronics.

Facebook (FB) will grow and have an IPO price of $38. While the platform was growing entrepreneurs like 50 Cent were building brands and impacting publicly traded businesses to the tune of billions of dollars.

Artists and celebrities like 50 Cent dominate both platforms with their content and engagement. 50 Cent has over 11 million Twitter followers and over 25 million Instagram followers. He receives no direct compensation for his content on both platforms. The platforms are positioned as marketing and advertising vehicles and actually offer opportunities for brands to boost the free content users create via various advertising options.

As Billboard stated recently in regards to a Nielsen report, “R&B/HIP-HOP IS KING: R&B/hip-hop music continued to dominate all other genres in terms of consumption, as it did in 2018. In 2019, the genre represented 27.4% of album equivalent audio consumption – the largest of any genre.”
The economic dynamics are African Americans have the highest utilization rate on smartphones. They have the highest social media engagement rate. African Americans primarily create the most popular music genres. These factors generate billions in advertising and revenues for companies like Facebook (FB) and Twitter (TWTR).
50 Cent is at the forefront of generating commerce on these platforms. His posts generate engagement with tens of millions of people.
He is ranked in the top 130 users of Instagram globally.